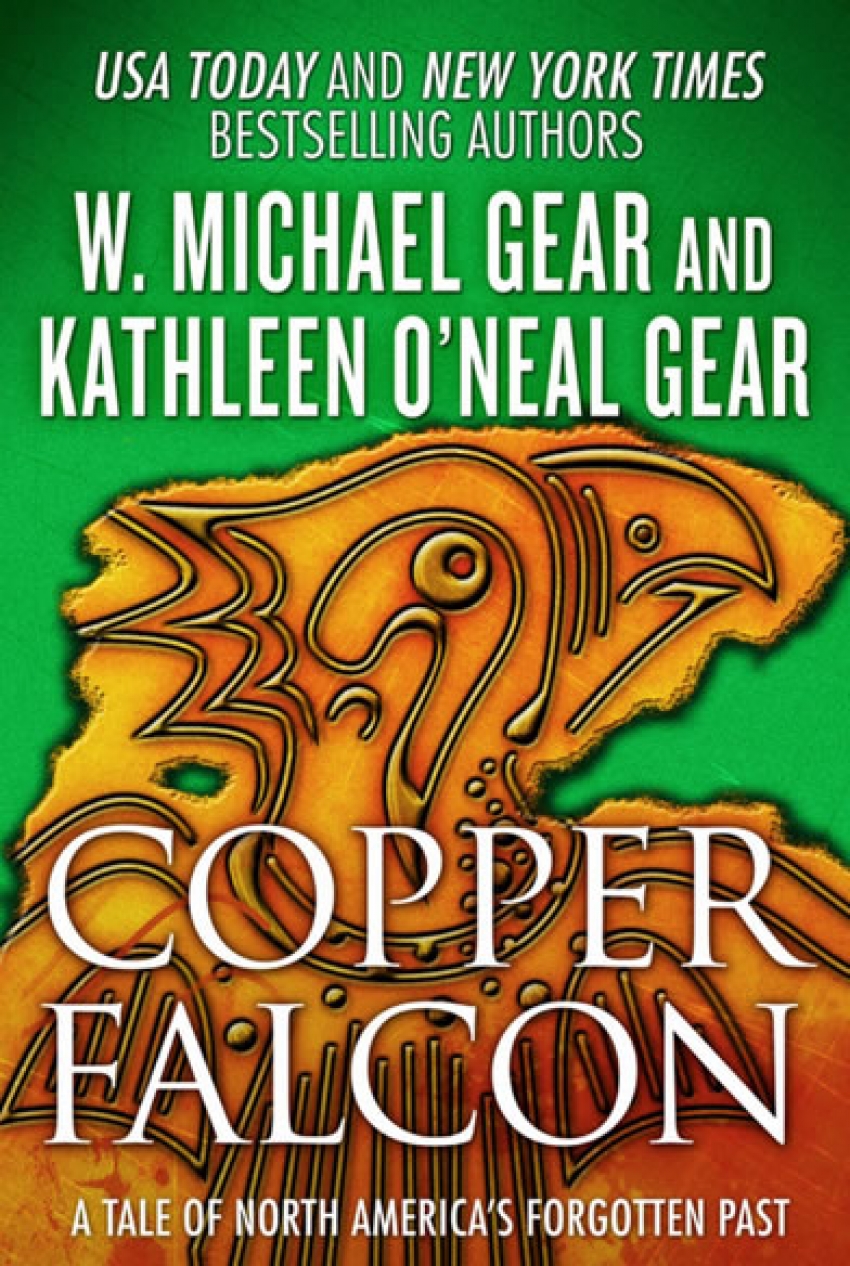 Almost a thousand years ago, the North American continent was dominated by the great civilization known as Cahokia, which ruled a wide swath of land from the Great Lakes to the Gulf of Mexico. Cahokian settlements and Cahokian traders carried the people and the culture far and wide. But this magnificent expansion, like the empire of Rome, did not happen without conflict and battle. In Copper Falcon by co-authors W. Michael Gear and Kathleen O'Neal Gear, a young warrior, Flint Knife, and his father travel to the legendary capitol city, ruled by the living god known as the Morning Star, to ask for military aid to drive back the barbarians. Flint Knife is amazed at the great city's awe-inspiring palaces and temples, the buzzing activity of its hundreds of thousands of residents. What should be a simple errand becomes a bewildering  and frightening experience when Flint Knife learns that his father is hiding a dark secret that will change his life--and his son's life--forever.