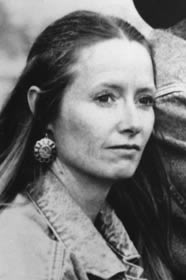 Born in Tulare, California, Kathleen O'Neal Gear is one of six children. Her parents, Harold Arthur O'Neal and Wanda Lillie O'Neal, left Oklahoma and Arkansas during the Dust Bowl and moved to California. For most of Kathleen's youth, her parents owned and operated a small farm in the central San Joaquin Valley of California, growing primarily cotton and alfalfa. But at the same time, her father authored more than fifty short stories, and her mother worked as a newspaper journalist.

Her family always spent their summer vacations visiting historical and archaeological sites around the United States. Those trips left indelible impressions. She worked on her first archaeological excavation at the age of ten, and won her first writing contest at the age of thirteen, where she took first place in the American Legion essay contest held at Tipton Elementary School.

In the 1980's, she worked for the United States Department of the Interior as the Wyoming State Historian, and later as the Archaeologist for Wyoming, Kansas and Nebraska. She has twice been the recipient of the federal government's "Special Achievement Award" for outstanding management of our nation's cultural heritage. In 2015, she was honored by the United States Congress with a "Certificate of Special Congressional Recognition," and the State of California honored her by passing Joint Member Resolution #117, saying, "The contributions of Kathleen O'Neal Gear to the fields of history, archaeology and writing have been invaluable. She and Michael currently operate an anthropological research company called Wind River Archaeological Consultants.

Kathleen began writing full-time in l986 and has over one hundred non-fiction publications in the fields of archaeology, history, writing, and buffalo conservation. She has authored or is in the process of publishing 10 novels under her own name, and co-authored 37 international bestsellers with her husband, W. Michael Gear. Their books have been translated into at least 29 languages.

Authorities in the bison industry, with numerous publications on bison genetics, health, and management Michael and Kathleen ran Red Canyon Ranch for 28 years, and were twice were presented with the coveted Producer of the Year by the National Bison Association in 2006 and 2009.