People of the Black Sun 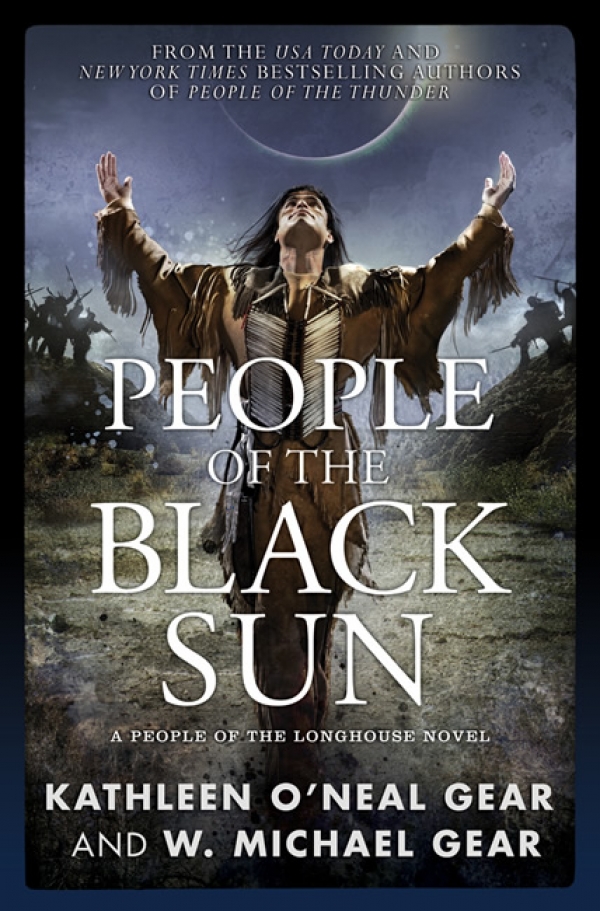 Dekanawida has become known as “The Sky Messenger,” a prophet of immense power, and Hiawento is his Speaker. Thousands now believe in the Great Law of Peace and have joined the League. But they are still being harassed by marauding warriors from the People of the Mountain who steadfastly refuse to adopt the Great Law.

Praise for Kathleen O’Neal Gear and W. Michael Gear and the Novels of North America’s Forgotten Past:

“Sure to keep readers turning the pages… As usual, the Gears, husband-and-wife archaeologists, have enriched and enhanced the gripping plot with plenty of anthropological, archaeological, and historical detail.”  —Booklist on The Dawn Country

“Rich in cultural detail. Both longtime fans and newcomers will be satisfied. Another fine entry in an ambitious, long-running series.”  —Kirkus Reviews on The People of the Longhouse