People of the Raven 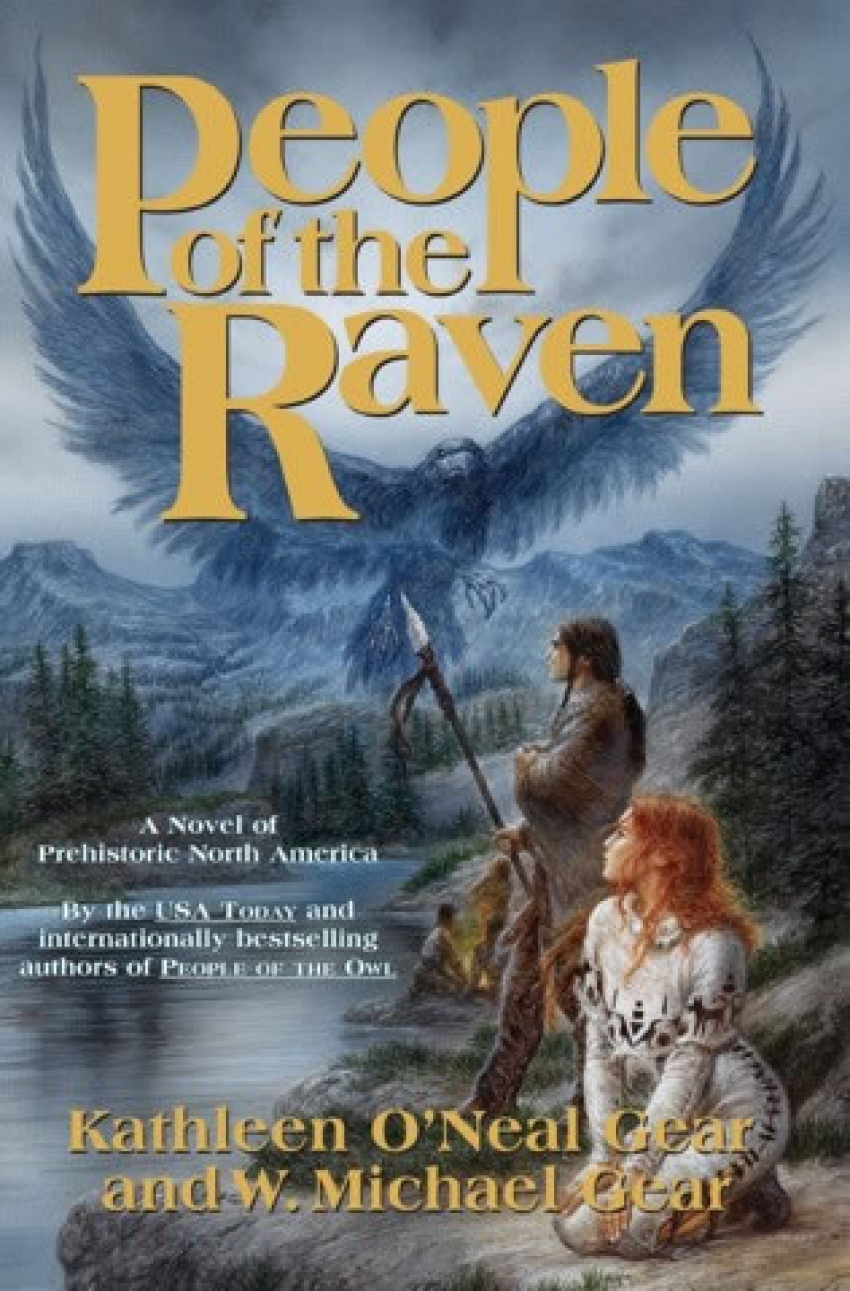 Award-winning archaeologists Michael and Kathleen Gear spin a vivid and captivating tale around one of the most controversial archaeological discoveries in the world, the Kennewick Man---a Caucasoid male mummy dating back more than 9,000 years---found in the Pacific Northwest on the banks of the Columbia River!
A white man in North America more than 9,000 years ago? What was he doing there?

With the terrifying grandeur of melting glaciers as a backdrop, People of the Raven shows animals and humans struggling for survival amidst massive environmental change. Mammoths, mastodons, and giant lions have become extinct, and Rain Bear, the chief of Sandy Point Village, knows his struggling Raven People may be next.

One day a strange and beautiful red-haired woman, Evening Star, stumbles into his council lodge and begs him for sanctuary. Rain Bear soon learns that she is an escaped slave from the North Wind People, the Raven People's mortal enemies. If he offers to protect her, the North Wind People will attack, but if he sends her back, Rain Bear knows Evening Star will be tortured and perhaps killed.

But when Evening Star warns Rain Bear that the North Wind warriors are already on their way to Sandy Point Village, Rain Bear must decide at once if he should take his people and run or gather them into a battle that could result in the Raven People's complete demise.