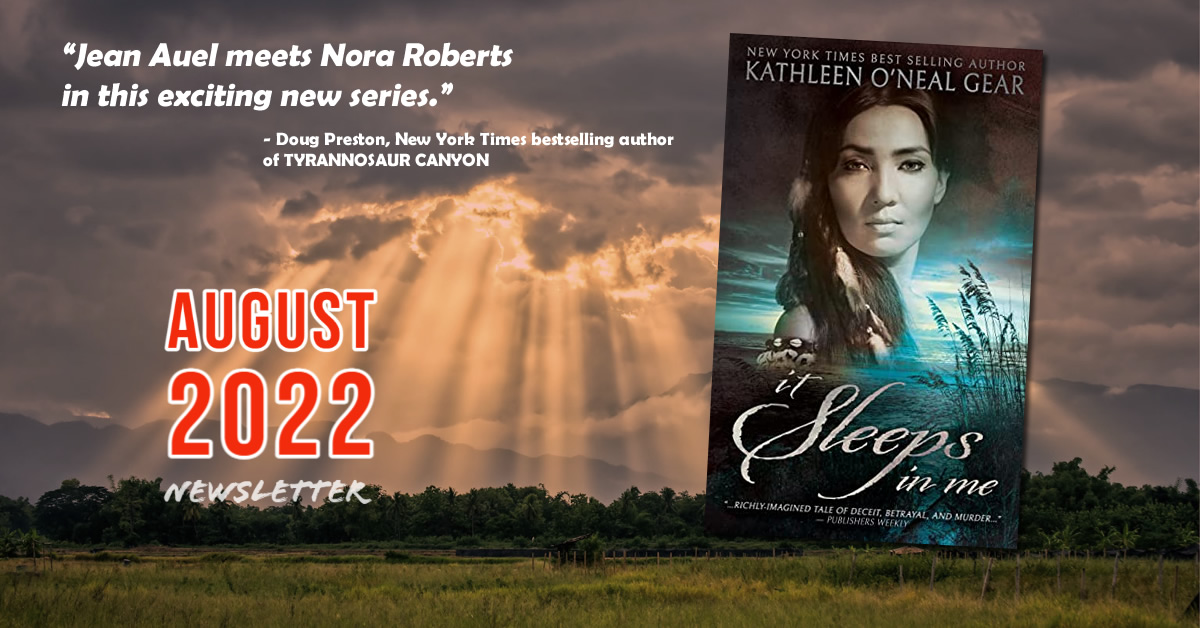 I wanted to let you know about the beautiful new reprint of IT SLEEPS IN ME. This is the first time the book has ever been in hardcover and I’m excited!

The novel is based upon one of the most interesting books I’ve ever read, which was published in 1632 and written by a member of the Recollect Order. Father Gabriel Sagard arrived in New France in 1623 and had been living and ministering to the Huron tribe when he witnessed what is certainly one of the most extraordinary healing rituals in the history of North America. Darkly erotic, the andacwander so shocked him that he thoroughly documented it in his book The Long Journey to the Country of the Hurons.  I knew I had to write about it, and The Black Falcon series was born.

Book 1, It Sleeps in Me, is set against the spectacular background of the Lake Jackson Mounds archaeological site just north of Tallahassee and follows Chieftess Sora, a respected leader of the Black Falcon Nation. All of her life Sora has suffered from mysterious black-out spells, but her world comes crashing down when her old friend Skinner arrives to tell her that the one true love of her life, her first husband Flint, is dead. As they talk, she notices there’s something strange about Skinner. The way he looks at her and the way he moves remind her of Flint—as though her dead husband lives inside his body. Suddenly, she is face to face with a memory from her past—an obsession that she thought she’d escaped. One that now plunges her into the darkest depths of love and passion.

I hope you enjoy this forbidden glimpse of American history.

Book 2, It Wakes in Me, is coming next month!

IT SLEEPS IN ME - Buy it on Amazon