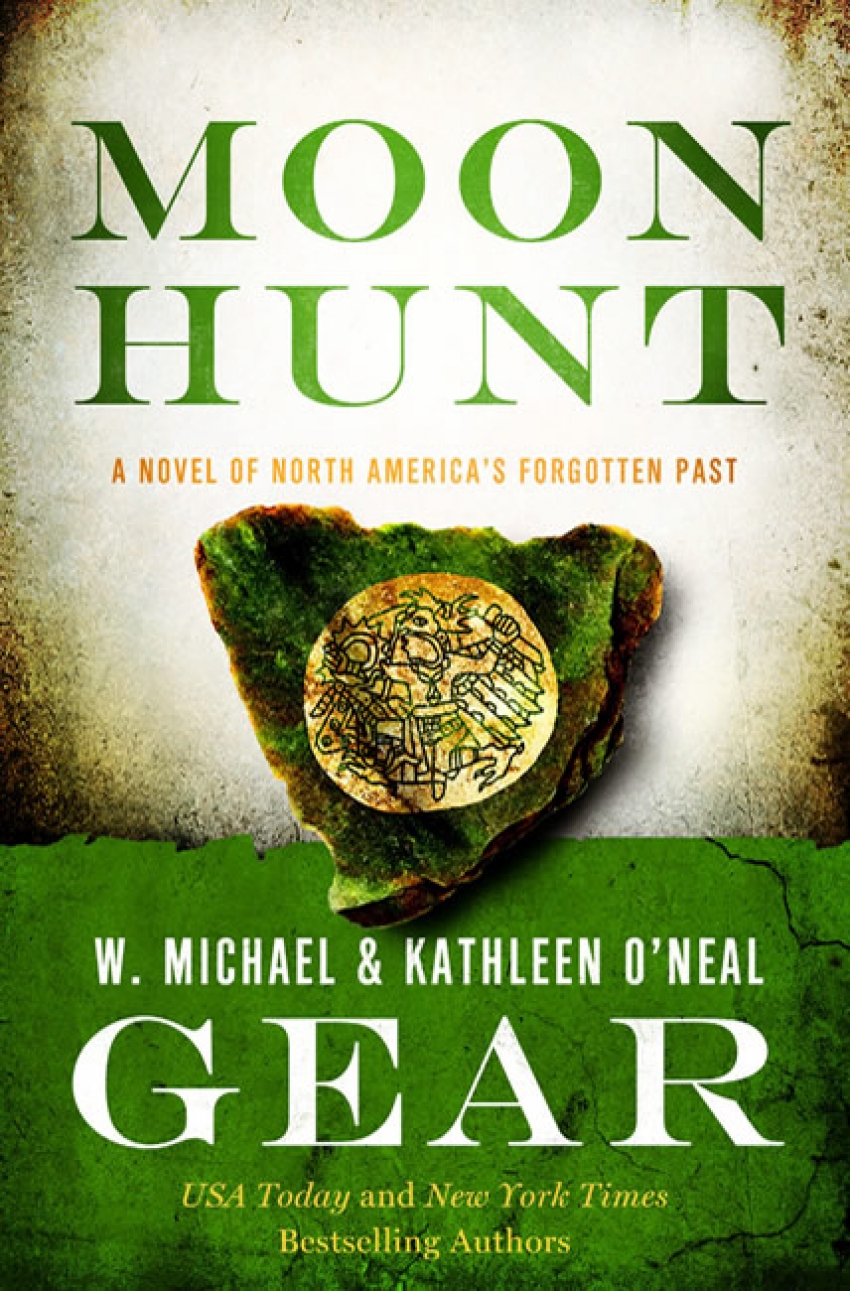 Moon Hunt is the third epic tale in the Cahokian story cycle by New York Times bestselling authors W. Michael Gear and Kathleen O’Neal Gear. Against the intricate majesty that was America’s greatest pre-Columbian city, the Gears have once again woven the latest archaeological data into a painstakingly accurate reconstruction of Cahokia and provide a rare look into the mystical underpinnings of Native American culture.

Whispering Dawn has come to Cahokia as the bride of the living god Morning Star. She brings with her dark secrets. Political intrigue. And deadly magic.

When Morning Star drinks her poisoned nectar, the Night Moth carries his souls off to the Underworld to be slowly sucked into oblivion.

Cahokia is shaken to the roots by Whispering Dawn’s betrayal, and as the empire teeters on the verge of civil war, the immortal god’s human sister Night Shadow Star realizes that only she―intimately tied to the Underworld―can make the journey into the dark realms to retrieve Morning Star’s captured souls. To do so, she and Fire Cat must descend into the Sacred Cave’s terrifying depths where, beset by soul-devouring monsters, it may come down to Fire Cat to save the man, city, and people he once despised.