People of the Lakes 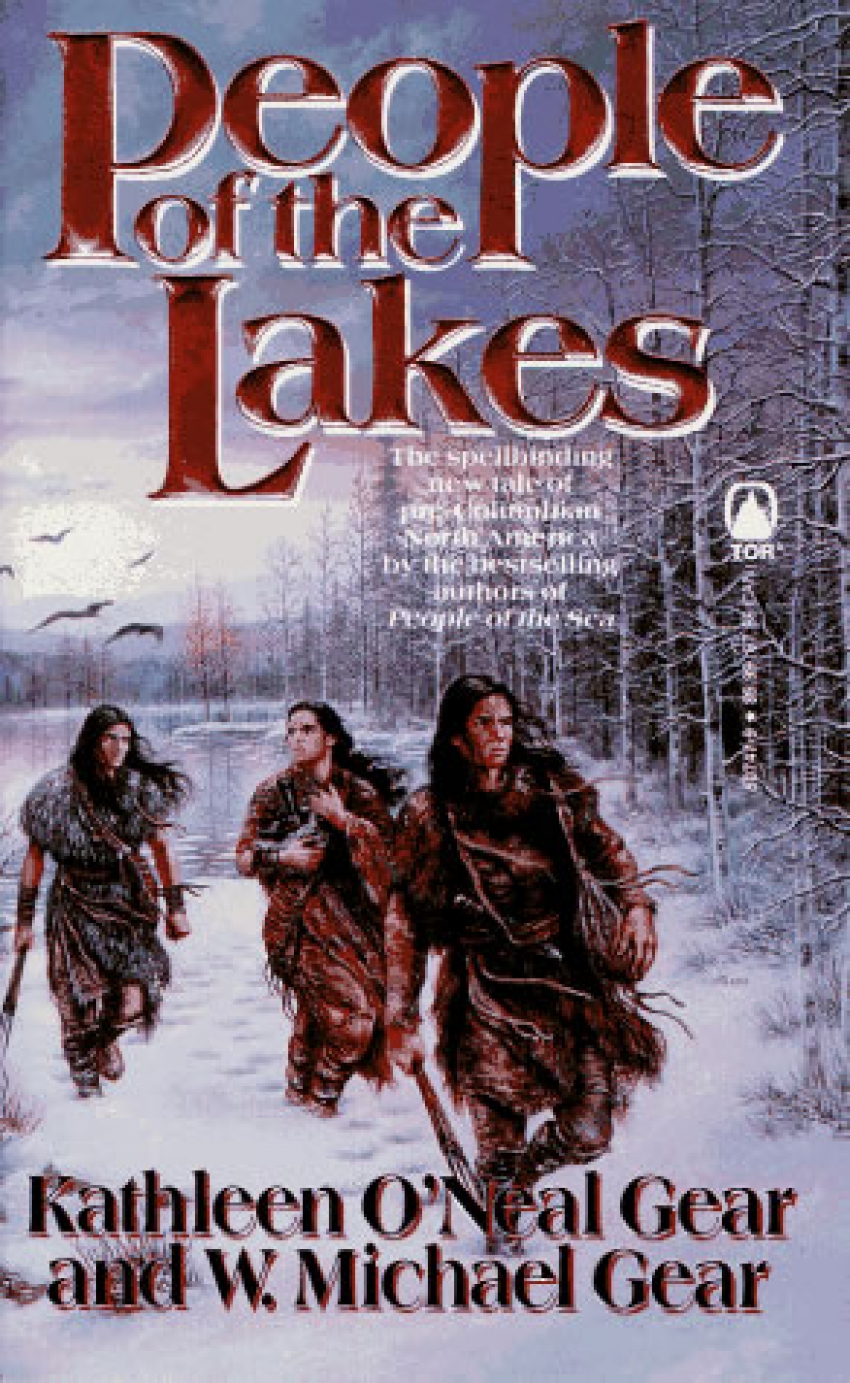 Award-winning archaeologists and master storytellers Kathleen and Michael Gear spin a provocative tale of the perils and passions of the lives of the Hopewell tribes in the early North America.

Star Shell, the privileged daughter of a prominent Hopewell chief, must save her people from the corrupting influence of an evil totemic mask. No one will be able to recover it if she carries it northward across the Great Lakes and throws it into the torrents of Niagara Falls.

Otter, one of the finest Traders on the great rivers of North America, finds himself in the middle of Star Shell's race against time. Accompanied by the mighty warrior, Black Skull, and a mystical Contrary, Green Spider, Otter is unprepared for his involvement in the mission to banish the mask to a watery grave.

Otter aids Pearl, a beautiful runaway who has stolen his heart; he is pursued by the vengeful chief who wants her back. Star Shell's lifelong enemy is almost upon her as well. He has sworn to rescue the mask from its fate and wants its power for himself alone.

Otter, Star Shell, and their companions must brave the stormy waters of the Great Lakes, relying on the lunatic ramblings of the Contrary Green Spider. Is he a prophet or a raving maniac? More importantly, can Otter and Star Shell discover which of the Spirit Powers that started them on this perilous journey acts for good and which for evil?

Set against the splendor of the lands surrounding the Great Lakes two thousand years ago, People of the Lakes follows the paths of Otter and Star Shell as they race across North America, carrying the fate of the Hopewell Mound Builders in their hands. Will they lead their people to salvation or annihilation?