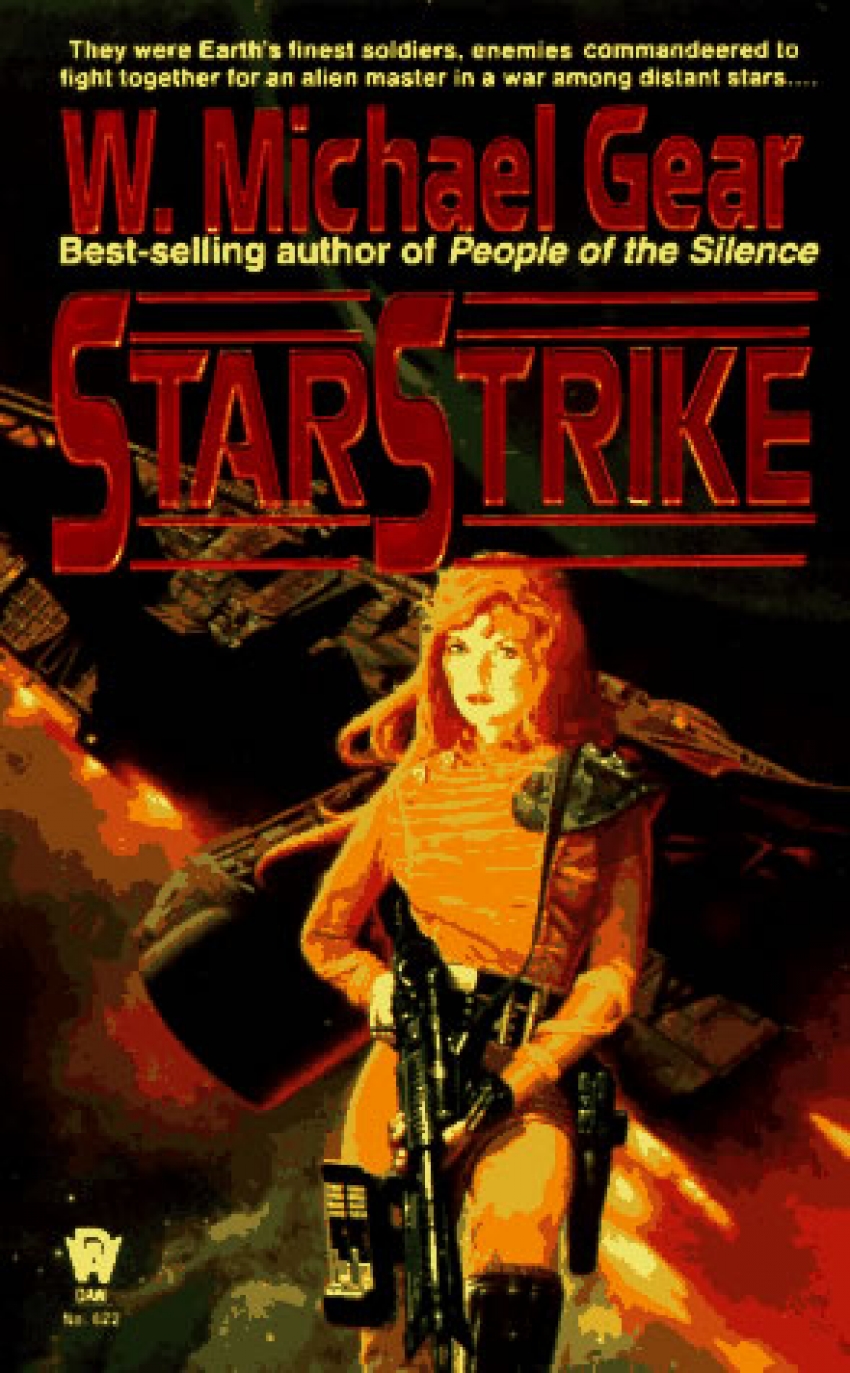 First contact had been an event some humans had dreamed of, others had dreaded, and still others believed would never happen. When it finally did, no one was prepared. For when the Ahimsa came, the course of human destiny was changed in a matter of hours.

The alien had contacted Earth against all interstellar regulations. For this "barbaric" world where wars were still very much a part of everyday existence was a forbidden zone for other life-forms in the universe. But the Ahimsa had targeted humans for a mission of its own. And, by taking control of all the Earth's defensive and offensive missile systems, the alien was able to force humans to do its bidding. Soon Earth's most skilled strike force, composed of Soviet, American, and Israeli experts in the arts of war and espionage found themselves aboard an alien vessel, training together for an offensive attack against a distant space station, while fighting their own internal battle to weld people who had been on opposing sides for generations into one unified army. And as they struggled to overcome their own prejudices and hatreds while preparing to face an enemy of unknown capabilities, none of them realized that the greatest danger to humanity's future was right in their midst…