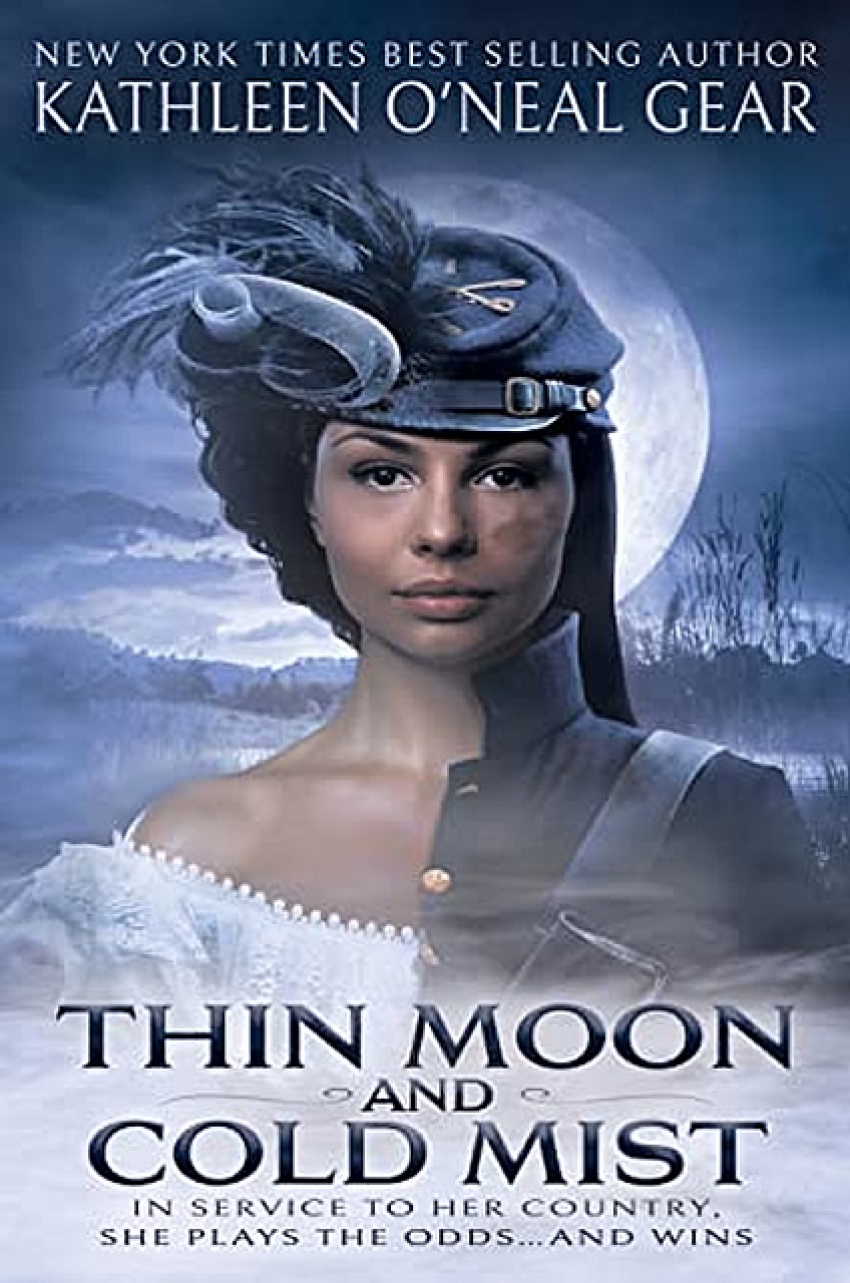 WOMEN OF THE WEST

Thin Moon and Cold Mist is the moving portrayal of one woman's struggle to stay one step ahead of the law and to hold on to her identity in a harsh world.

The privileged bride of a Virginia military man, Robin Heatherton is a spy for the Confederacy. Disguised as a young boy, she infiltrates Yankee forces during the Battle of the Wilderness, but when her cover is compromised, she is forced to crawl through mud and gore, past the dead, to reach her own lines with vital intelligence.

Her husband dead at the hands of the Yankees, Robin flees into the untamed reaches of the Colorado Territory. There she'll try to work a gold-mining claim - helped only by a gruff, handsome Union veteran with no respect for women. She's going to teach him some.… Unless Major Thomas Corley, a Union officer determined to find her and have her tried for espionage, manages to put a noose around her pretty neck.

Thin Moon and Cold Mist takes us from the war-torn battlefields of the Civil War to the rugged Western frontier, following the path of one courageous woman.