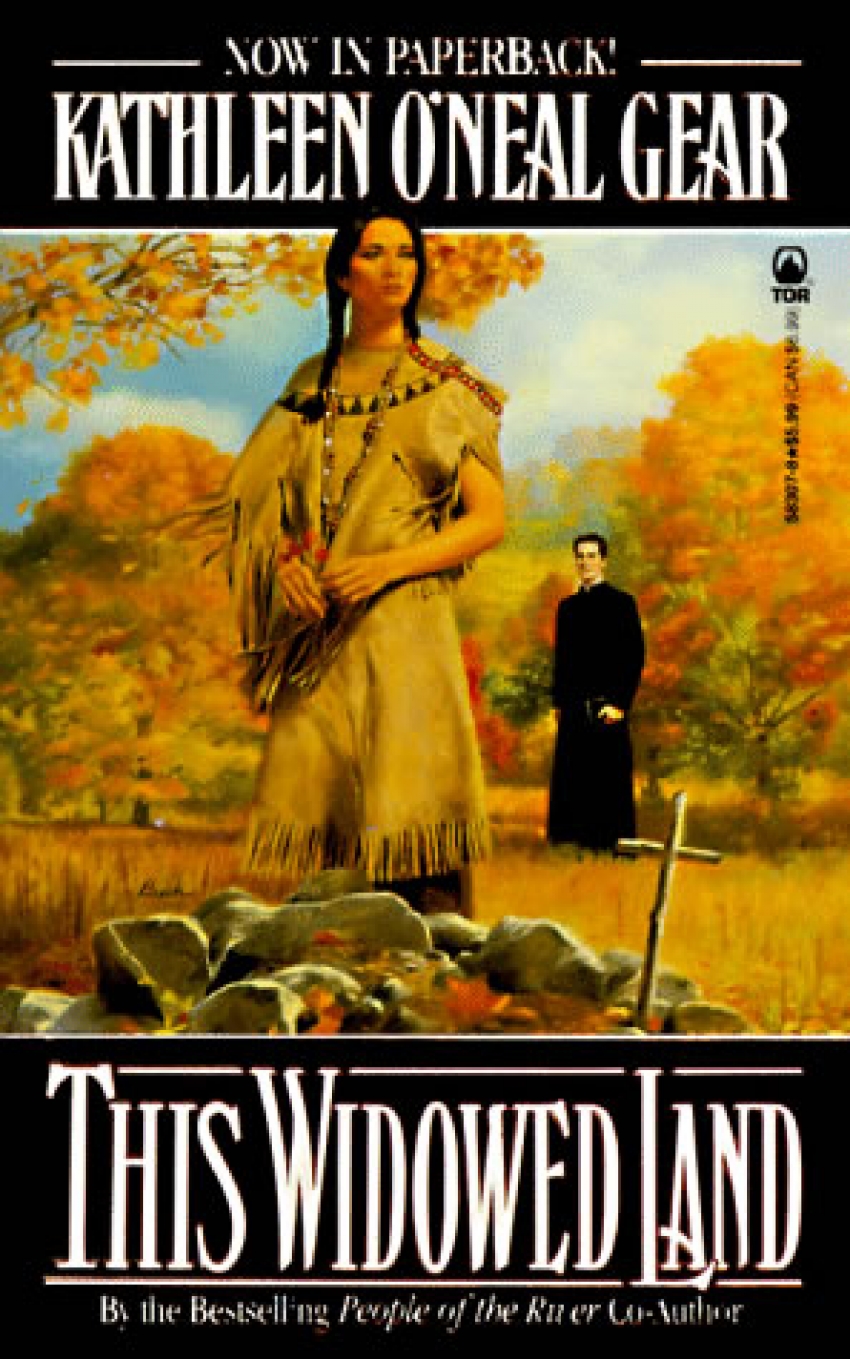 The last desperate years of the Huron, and the French Jesuits who went among them. A love story, and a portrait of the struggle between shaman and priest for the souls of a dying people.

In the epic tradition of Sacajawea and Hanta Yo, Kathleen O'Neal Gear, bestselling co-author of People of the Earth, unfolds a rich and moving saga of the confrontation between the Old World and the New … and of the men and women whose passions shaped the destiny of a continent.

Andiora is a lovely daughter of the Huron Indians of the seventeenth-century North America. A seeress with a strong bond to the spirit world, she has beheld a frightening vision - of a blond man in a black robe, with holes in his hands, whose coming will bring death and despair to her people.

Father Marc Dupre is a French missionary who has come to Quebec, in the company of his Jesuit brothers, to preach Christianity, alongside the saintly Jean de Brebeuf, to the natives of the New World. A young man of courage and compassion, he finds the Indians as admirable as he'd expected, but he is not prepared for his own growing love for Andiora, an attraction she shares with all her heart.

But more than a forbidden union threatens them both. A mysterious epidemic is devastating the Hurons and their neighbors. Hostile Iroquois raiders strike without mercy at Indians and missionaries alike. And, as Andiora's people face their prophesized destruction, vengeful shamans blame the "Black Robes" from Europe - and cry out for the priests' deaths.

Menaced by war and disease, torn between their desires and their sacred callings, Marc and Andiora struggle to find peace and fulfilment within … This widowed Land.

Based on careful research of actual historical events, This Widowed Land is a powerful retelling of a dramatic chapter in the story of North America.